With credits from Comedy Central, Hulu, BET, late night tv and beyond, these performers are sure to leave you in stitches. Pretty Much the Best Comedy Show includes a feature act, a host, and a guest comedian to make up nearly 2 hours of comedy entertainment at theREP’s legendary stage in Albany. 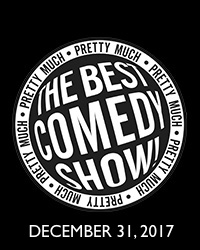