All performances have been postponed. All ticket buyers will be contacted by a Box Office representative.

Hold onto your hats for this rollicking, roller coaster of a ride compiled by Frank McCourt (Angela’s Ashes), who brings his razor-sharp wit, trademark bitter irony and boundless love of his people to this revue about all things Irish. This show delivers what it promises: stirring blarney, a bit of hokum, genuine heartache and much joy.

Set in McCourt’s Pub, complete with a working bar, the narration weaves a buoyant blend of traditional songs, show tunes and pop – from “Danny Boy” and George M. Cohan to U2 – with a reminder of the injustices, humiliations, and privations suffered by the Irish people both in Ireland and here in their new neighborhoods in America.

Join theREP for this sometimes irreverent tribute to our heritage and our future, in the style of a real old-fashioned Irish wake. THE IRISH AND HOW THEY GOT THAT WAY will make a grand farewell t to our current space, as we prepare to move to our new home with our next show!

Opening Night, Tuesday, March 10
desserts provided by Bella Napoli champagne or ginger-ale toast with the cast and crew
Chef’s Table, Tues March 17
light bites provided by dp’s beginning at 6:30p.m.
Irish Dance Demonstration, Friday, March 20, 8p.m.
Join us before the show as Bethlehem Traditional Irish Dance gives us a demonstration of traditional Irish dancing. Demonstration begins at 6:30p.m.
Interpreted Performance, Sat. March 21, 3p.m.
This performance will feature a sign language interpreter. To request access to this section, please call our box office at 518.346.6204
Post-Show Discussion, Wed March 25
Following the show, we will host a post-show discussion with Maggie Mancinelli-Cahill Producing Artistic Director plus the cast of The Irish…And How They Got That Way
Thirsty Thursday, Thurs. March 26
Tastings provided by Albany Distilling, Nine Pin Cider and The Olde English Pub
Behind The Scenes, Sun March 29
Light fare before the show and a behind the scenes discussion with Maggie Mancinelli Cahill and Elizabeth Stack from the Irish Heritage Museum. Doors open at 12:30p.m. with a light snack, then the discussion will begin at 1:00p.m.

Accessibility
At theREP, we aim to make theatre accessible for all. For The Irish and How They Got That Way, we are proud to offer options for hearing-impaired individuals.

Saturday, March 21, 3 pm
Interpreted Performance
This performance will feature a sign language interpreter. To request access to this section, please call our box office at 518.346.6204 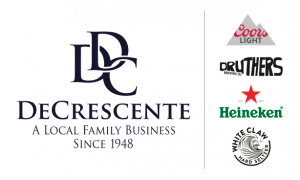 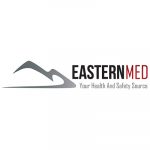 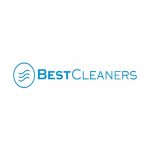 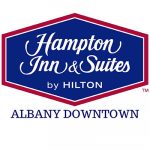 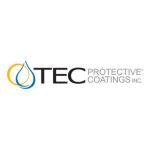 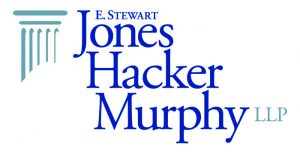 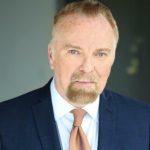 Kevin dedicates the performance to all his Irish ancestors that crossed the sea to give their children a better life... 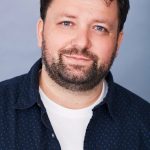 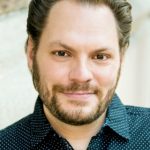 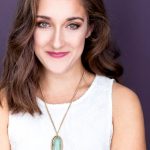 LAUREN WRIGHT (LAUREN) Lauren is so excited to be making her debut at Capital Repertory Theatre and revisiting this show after doing a rendition of it at Mountain Playhouse last year. She has spent the past two years actively in the actor-musician world, which as been highlighted by the show ONCE (Bucks Country Playhouse, The Fulton Theatre, Virginia Rep, The Engeman Theatre, Mason Street Warehouse, Saint Michael’s Playhouse) Other Credits: Mamma Mia! National Tour (Ensemble, Ali/Lisa Cover), Baby (Lizzie), Sister Act (Sister Mary Robert), MDQ (Dyanne), She Loves Me (Amalia), Hairspray (Penny). Lauren has also toured the country playing her violin with Cirque Musica and The Rockin’ Road to Dublin. Proud graduate of Belmont University. www.lauren-wright.net 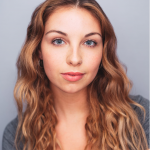 CAROLINE WHELEHAN (CAROLINE) Caroline feels very lucky to be returning to Capital Repertory Theatre with this group of wonderful artists! Regional- Pacific Conservatory Theatre: Lend Me A Tenor (The Musical), Beauty And The Beast, You Can’t Take It With You, The Pirates Of Penzance, Sense And Sensibility, Twelfth Night. Capital Repertory Theatre: Miss Bennet: Christmas at Pemberley, The Secret Garden, Hamlet, She Loves Me. Troy Foundry Theatre: La Ronde. Workshops: Some People Hear Thunder 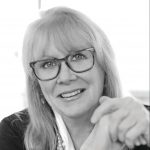 MAGGIE MANCINELLI-CAHILL (DIRECTOR) has directed more than 100 productions and has worked on, off, off-off Broadway and in regional theatres throughout the US. For theREP, favorite productions include Grand View, She Loves Me, Outside Mullingar, To Kill A Mockingbird, Race, Red, My Fair Lady, The Taming Of The Shrew, The Trip To Bountiful, The Crucible, Metamorphoses, Terra Nova, Nora, Miss Bennet: Christmas at Pemberly and most recently, Shakespeare in Love. Recently, she directed one of her favorite works, Syncopation, for Ensemble Theatre Company in Santa Barbara, CA. Adaptations and co-authored plays for young audiences include Sleepy Hollow, Pure Poe, A Christmas Carol, Alice In Wonderland (With Margaret Hall), They Built America, Friend Of A Friend (with Jill Rafferty) and Henry H (with Maureen Aumand). Before her tenure at theREP, Maggie served as Producing Director of Urban Stages in New York City, as Artistic Director for Theatre Under Glass in Denver and worked on the staffs of The Women’s Project and Ensemble Studio Theatre in NYC. She taught acting at the National Theatre Institute at the Eugene O’Neill Theatre Center. Maggie received a Director Project Fellowship from the Drama League of New York, holds an MFA in directing from Columbia University, was named one of the 100 Women of Excellence by the Colonie Regional Chamber’s Women’s Business Council and was awarded the “Distinguished Leadership Award” by the Chamber’s National Association for Community Leadership. She is a recipient of the Norman S. Rice Award for Excellence in Arts, Culture and Education. 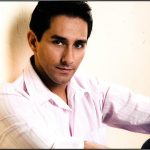 FREDDY RAMIREZ (CHOREOGRAPHER) is happy to return to Capital Repertory Theatre to work with this group of amazingly talented artists. He most recently choreographed Full Monty, Miss Bennet: Christmas At Pemberley, Mamma Mia, She Loves Me, Camelot, Naked Influence, A Christmas Story The Musical, Gypsy and The Secret Garden here at theREP. His directing and choreography credits include Guys And Dolls, Fiddler On The Roof, Damn Yankees, Carousel, Bye Bye Birdie, Little Shop Of Horrors and Nunsense for numerous regional and repertory theatres. His credits also include works for national and international dance companies. As a grant recipient, he created and debuted two original dance works which have been performed in Germany, Italy and here in the US.

JOSH D. SMITH (MUSICAL DIRECTOR) is delighted to return to Capital Repertory Theatre for the last show in the current space! Past productions include; Live From WVL Radio Theatre It’s A Wonderful Life The Full Monty, Ring Of Fire, She Loves Me, Camelot And The Secret Garden.  He is an Associate Artist at theREP. He has performed, music directed and/or accompanied numerous productions throughout the US—from Arizona to Maine.  Capital Region audiences may recognize Josh as former resident Musical Director at the Mac-Haydn Theatre in Chatham, NY.  He currently serves as Artistic Director for the ArtisTree Music Theatre Festival in Woodstock, VT.  His musical arrangements can be heard in venues across the country including Feinstien’s/54 Below, The Green Room 42 and The Laurie Beechman Theatre in Manhattan. A recording of his arrangements will be released soon on Broadway Records. Josh is originally from Syracuse, NY. Proud member of Actors’ Equity and American Federation of Musicians Local 802.

RIDER Q. STANTON (SOUND DESIGNER) Theatre credits include: The Shubert Theatre, The St. James Theatre, The Hammerstein Ballroom, the Acorn Theatre and the MCC Frankel Theatre in NYC; Weston Playhouse in Weston, VT; Arizona Broadway Theatre in Phoenix, AZ; The Berkshire Theatre Group in Pittsfield, MA; ArtisTree Music Theatre Festival in South Pomfret, VT; Pentangle Arts in Woodstock, VT; Playhouse on Park in West Hartford, CT; The Mac-Haydn Theatre in Chatham, NY; d’Arts et de Rêves in Sutton, Québec; Cirque Starlight in Porruntruy, Switzerland. Rider plays classical and jazz cello and has had the opportunity to perform in various venues around the Tri State Area and Vermont. Many thanks to Maggie for the opportunity to return for his eleventh production at theREP!

LAURA CRAWFORD (ASSISTANT STAGE MANAGER) is a PNW native. She fell in love with stage management while working in community theatre back in her home town. Since then, she’s had the privilege of working on shows such as Your Best One (Capital Repertory Theatre), The Woman in Black (Collaborative Theatre Project), Avenue Q (Oregon Cabaret Theatre) and Newsies (Utah Festival Opera & Musical Theatre). Laura is thrilled to be joining Capital Rep for its 2019-2020 season! In between rehearsals and shows, Laura enjoys soaking up the sunshine while sipping gourmet teas.

FRANK MCCOURT (PLAYWRIGHT) (August 19, 1930 – July 19, 2009) was an Irish-American teacher and writer, best known for Angela’s Ashes, his 1996 Pulitzer Prize winning memoir about his childhood in Brooklyn and Limerick, Ireland. In addition to the Pulitzer Prize, Angela’s Ashes won the National Book Critics Circle Award and Boeke Prize, and subsequently was made into a major motion picture, directed by Alan Parker. His other memoirs include ‘Tis (1999), which chronicled his life in American as a new immigrant; and Techer Man, (2005) about his experiences as a public-school teacher. A graduate of New York University and beloved teacher for nearly 30 years, he taught in several New York schools, including McKee High School, McKee Technical and Vocational High School, and Stuyvesant High School. Mr. McCourt also taught in the English department of New York City Technical College of the City University of New York. He and his brothers were featured in two television documentaries, “The McCourts of Limerick” and “The McCourts of New York.”

CAPITAL REPERTORY THEATRE has a rich, local history of excellent entertainment and strong community relationships. Established in 1981, it came into existence through the dedication and perseverance of a group of Albany business, community and civic leaders. Donated labor, materials and expertise transformed the Grand Cash Market, an abandoned supermarket at 111 North Pearl Street, into what was to become the home of Albany’s first professional resident theatre.

Outreach was made to The League of Theatre Artists, a group of diverse actors, directors and playwrights, who spent summers at Art Awareness in Lexington. Working together, these artists, community leaders and an army of volunteers founded Capital Repertory Company. This initial investment of time and resources created the highly acclaimed, award-winning Capital Repertory Theatre with an annual operating budget of $2.3 million, and a history of producing more than 5,000 performances, employing more than 1,500 professional artists.

In all programs and services, theREP serves its mission by embracing the community as a source of inspiration. We embrace cast, crew and audiences from every background to expand the horizons of thought and understanding of the human condition through the power of theatre. 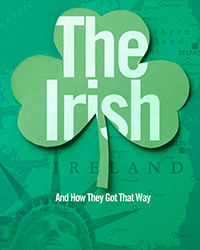 Check Back Soon for Rescheduled Show Dates
Friday - December 31, 2021 | 10:00pm
SOLD OUT | CALL BOX OFFICE
Show Movies Only
« April, 2021 »
Today
We are the only resident professional theatre company in New York's Capital District. As members of the League of Resident Theatres (LORT), we proudly operate within agreements with the Actors Equity Association.